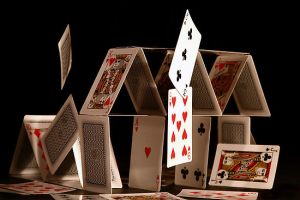 Sandy Hook hoax adherent and former University of Minnesota Duluth Professor James H. Fetzer is one of the chief disseminators of fraudulent information about the tragedy that befell Newtown, Conn. on December 14, 2012.

The Professor’s posts on the thoroughly discredited Veteran’s Today (VT) website are elaborate works of fiction based entirely on the speculation, gossip and other assorted bunkum that emanates from the mouths and keyboards of his many dubious sources.

One of the more outrageous theories Fetzer has helped popularize among fellow hoaxers in recent days is the claim that some Sandy Hook residents were gifted with “free homes” a few years prior to the “event” as partial compensation for the part they played in this so-called “elaborate hoax.”

In a February 16, 2014 article on VT, entitled “Sandy Hook: Free homes and ‘big bucks’ incentives for leaders and players,” Fetzer wrote, “It was astonishing to learn that very unusual real estate transactions had taken place on 25 December 2009, where the homes of 15 of the 20 Sandy Hook child victims, 1-2 of the 7 adult victims, and all 6 of the Sandy Hook adult non-victims (the Phelps, Gene Rosen, the three Selectmen) have the mysterious sale date of Christmas Day and $0 sale price. Although not gifted on that same date, even the home of Nancy Lanza, the purported mother of the alleged shooter, Adam Lanza, was bestowed upon her for $0 on 8 February 2011.”

Fetzer does no real research himself but rather collects bits and pieces of litter strewn across the information superhighway and assembles them into one giant incoherent mess.

For this claim, the disgraced Professor links to conspiracy website D.C. Clothesline and a February 14, 2014 article, entitled “The strange purchase date and price of Sandy Hook homes.”

The writer of this piece, known simply as “Dr. Eowyn,” claims to have noticed back in February 2013 that “some of the homes of Sandy Hook victims all had an odd sale/purchase date of 12/25/2009, and an equally odd sale/purchase price of $0. I had found that information on the website of Vision Government Solutions (VGS), a company that calls itself ‘a leading supplier of land parcel management software technology and services to local government organizations, enabling efficient assessment, billing, collections, mapping, and permitting’”

To investigate further, Dr. Eowyn phones the Newtown Assessor’s Office and speaks with administrative assistant Andrea Santillo, who, according to the article, said that the Newtown city government recently had switched to a new computer system and had not been able to enter the property data for all Newtown homes. So the computer used the 12/25/2009 and $0 as, respectively, a ‘filler’ default sale date and price. Ms. Santillo’s explanation seemed plausible, and so I did not pursue the matter any further. But that doesn’t mean I’d forgotten about it.

Flash forward a year. I decided to revisit this matter, and went back to VGS’s database. Lo and behold, the strange sale date and price are still there.”

In addition to checking VGS, Dr. Eowyn claims to have “looked up the price history of those addresses on” Trulio, Zillow (both real estate websites) and the “Connecticut Town Clerks Portal, a website of land records — including Newtown’s — which allows only those who have paid a fee to search its records. Interestingly, after I had paid for a 24-hour access to the site, I got this message about Newtown: “The mortgages, liens and probate certificates of the town of Newtown are not available online at this time.”

To verify this claim, I visited the link Dr. Eowyn provided and found that it was not necessary to pay a fee in order to access land records for Newtown, Conn.

Here’s how I did it:

1.) On the top left hand corner of the page, I clicked on the “sign in as a guest” tab.

2.) Once I did, I was redirected to a page with links to various Connecticut towns.

3.) I clicked on Newtown

4.) That delivered me to a search page.

5.) I elected to search by first last name and entered Nancy Lanza in the appropriate fields.

Voila! Contrary to Dr. Eowyn’s reported experience, I encountered no access restrictions or messages advising that Newtown’s land records were unavailable. Instead, I was taken to a page containing 19 items of real estate activity on Nancy dating back to when she and then-husband Peter Lanza bought the home at 36 Yogananda St. on July 23, 1998.

It was easy to debunk Fetzer’s claim that Nancy Lanza’s home “was bestowed upon her for $0 on 8 February 2011.”

What actually happened on February 8, 2011 is that Nancy’s ex-husband, Peter, filed a Quit Claim Deed, a legal instrument that terminated his right and claim to the property at 36 Yogananda. In other words, he transferred ownership interest to Nancy according to the terms of their divorce.

The records also show that Nancy was still carrying a mortgage from 2004 when she died, clearly disproving the theory that the home was “bestowed upon her.”

Rather than rely exclusively on computer entries as proof, I paid the $7.50 for a 24 hr. subscription that allowed me to access images of the actual documents from various financial institutions, attorneys, courts and various government offices. Many of these documents are forms filled out by hand with signatures from judges, clerks, notaries, witnesses and, of course, the Lanza’s themselves.

Once I concluded that Eowyn and Fetzer’s claim about Nancy was completely unfounded, I moved on to the other so-called recipients of “free homes.”

Those remaining on Dr. Eowyn’s “suspect” list include the parents of 15 of the 20 children that were slaughtered, 2 of the 6 murdered adults and “6 more people who are not victims but had played significant roles in the aftermath of the massacre.”

In an effort to determine whether or not this Christmas Day sales date and $0 value was reflected in the Connecticut Town Clerk’s Portal (CTCP), I took the identifying information provided by Dr. Eowyn on all “suspicious” parties, matched them to their land records on the website and determined—beyond a shadow of a doubt—that there was absolutely no corroborating evidence to even remotely suggest that homes were given for free on any day, let alone Christmas Day 2009. In fact, none of the land records for any of those people identified by Dr. Eowyn showed any kind of activity in the entire month of December 2009.

Contrary to what Fetzer and Eowyn would have their gullible audience believe, the CTCP clearly shows that those accused of receiving “free homes” actually bought their properties several months, and in most cases, several years before or after Christmas Day 2009. In fact, a significant number of these homeowners still carry the mortgages they entered into prior to 2009.

According to CTCP land records, individuals that VGS associates with the “suspicious” sales dates and $0 prices actually purchased the 22 properties in question on the following dates:

NOTE: The figure in parenthesis indicates the number of properties that were purchased by implicated parties in that given year.

The beauty of this kind of research is that anyone with a computer can do it RIGHT NOW! There are no applications. No government clearances. No Freedom of Information requests or other bureaucratic red tape. The information is there in its complete form with absolutely no redactions. I would challenge anyone who still has their doubts to investigate on their own. By doing so, they will learn that the CTCP information pertaining to the properties and individuals identified in Dr. Eowyn’s report is in stark contrast to any notion that homes were given away on Christmas Day 2009. The evidence is not just overwhelming—it’s conclusive.

The only place we find it is on the VGS website. In an effort to ascertain why that is, I called the Newtown Assessor’s Office. As luck would have it, administrative assistant Andrea Santillo answered the phone.

Ms. Santillo told me that in 2009, the Newtown Assessor’s Office (not the entire Newtown city government as Dr. Eowyn claims) “converted” from one data-base vendor, Totalvaluation (which has since changed its name to eQuality CAMA), to Vision Government Solutions (VGS).

One of the problems with the conversion, she said, was that the information in the former data-base did not “translate” into the new format. Because of this, information had to be inserted manually.

Due to the large volume of properties in Newtown, they were only able to input partial information—owner’s name and corresponding book/page numbers—into the “ownership history” block.

Ms. Santillo said that the date of 12/25/2009 was chosen deliberately for the sale date field because it was a “non-working day” and could easily be identified as a default entry, as was the $0 amount in the “sale price” field because, as Ms. Santillo explains it: “You can’t sell something for $0. That goes against the very definition of the word ‘sale.’”

Ms. Santillo went on to say that information is updated, incrementally, when the opportunity presents itself but stressed that deeds and all relevant information to real estate records are maintain with the Town Clerk’s Office.

She also confirmed that the CTCP website I’d been using was the correct portal to access all relevant information on land and land owners in Newtown.

When I told Ms. Santillo that some claim free homes were given away on Christmas Day 2009 based on the VGS data, she acknowledged that she’d received calls about that and then asked me: “In what world does that even make sense?”

Well, it apparently made sense to Dr. Eowyn, one of Fetzer’s many imaginary friends

For those unfamiliar, the Professor’s “experts” primarily consist of bored housewives, naïve kids and other assorted freaks and geeks with names like Professor Doom1, QKUltra and Jungle Surfer.

Then there’s the mysterious Dr. Eowyn Though the name suggests this person comes bearing credentials, it appears they are simply just another costumed fool.

“Eowyn is a fictional character in J. R. R. Tolkien’s legendarium, who appears in his most famous work, The Lord of the Rings,” according to Wikipedia. “She is a noblewoman of Rohan who is described as a shieldmaiden.”

Fetzer describes Dr. Eowyn as a retired college professor though he provides no evidence to support that claim.

Does that surprise you? 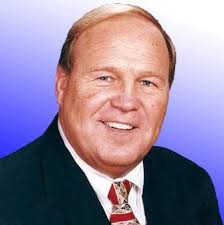 Wolfgang “Dig Up the Bodies” Halbig